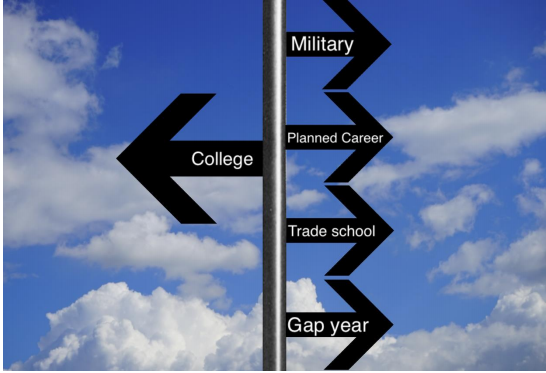 What if College Isn’t For Me?

By: Brianna Ramos (Opinion Editor) As of March 2020, there are over 1.2 billion students in the world. It is proven by the National Center for Education Statistics that about 65 percent of high school students move on to higher level education, thus leaving the other 35 percent of students cutting their own path in life. In times like these, it is proven that many students can make it without a college degree. For those in question, it is important you take time to examine your financial situation, consider taking a gap year to evaluate your aspirations in life, and be open minded towards different opportunities that will aid in improving your quality of life. When reaching out to a few older people who have made a successful career without a degree, I was able to conclude that no matter the path you choose, there will always be a part of you that will wish you had tried life differently because it is human nature to wonder “what if I had chosen this path” in life. A man named Gil Cruz, who is 61 years old, stated, “I am now retired with little regrets, I was able to work as a postman for 35 years and I enjoyed being able to travel and experience the world one day at a time.” Additionally, I interviewed 33-year-old Kyra Cruz who said, “I am doing good on my own and I’m working as a caregiver for the elderly. I see myself enjoying this job while trying to build a career through YouTube as well.” Lastly, I spoke with 24-year-old Shantalie Santos who said, “I am working at a federal agency that deals with the collection of taxes. I enjoy my job because I get to help people with taxes, I get paid well, and travel about once a year. I didn’t feel school was for me because I never really excelled, and I am doing just fine where I’m at now.” These adults are living examples of a successful and comfortable life without college. This means, as long as you put yourself out there and apply yourself, it is possible to achieve what you want. On the other hand, it is also said that 12 percent of non-college attendees end up homeless. However, the odds are in your favor because that does not include the students who turn to drugs, gangs, etc. Overall, finding a career path is hard and it takes a lot of effort, but it is not possible to reach your destination as long as you persevere when the going gets tough. Other than the few instances of jobs listed above, some other career paths without a college degree with matching salaries are: -Home Health Aid $25,000 -Medical Assistant $35,000 -Massage Therapist $35,000 -Dental Assistant $39,000 -Solar Photovoltaic Installer $43,000 -Licensed Vocational Nurse $48,000 -Media and Communication Equipment Worker $80,000 -Power Plant Operators $80,000 -Repairman $80,000 -Powerhouse Electricians $80,000 -Criminal Investigator $82,000 -Commercial Pilots $83,000 -System Operators $87,000 -Patrol Sergeants $90,000 -Nuclear Power Reactor Operators $95,000 -Transportation, Storage, and Distribution Managers $95,000 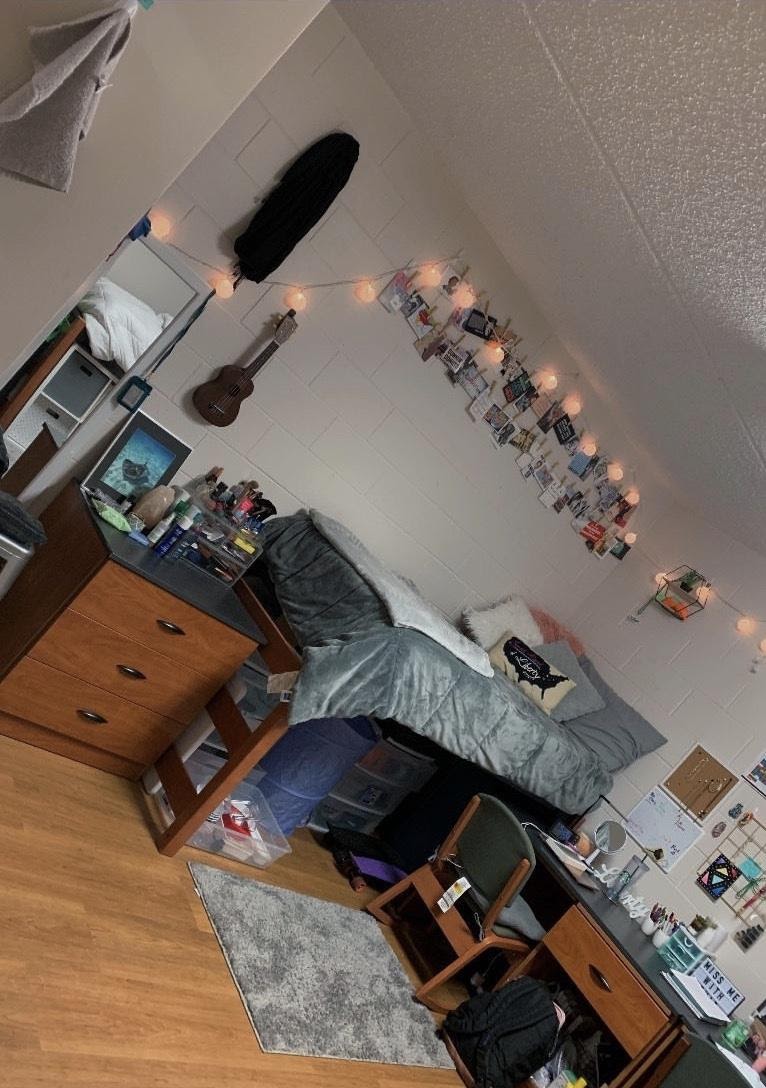 Aren’t You Forgetting Something? 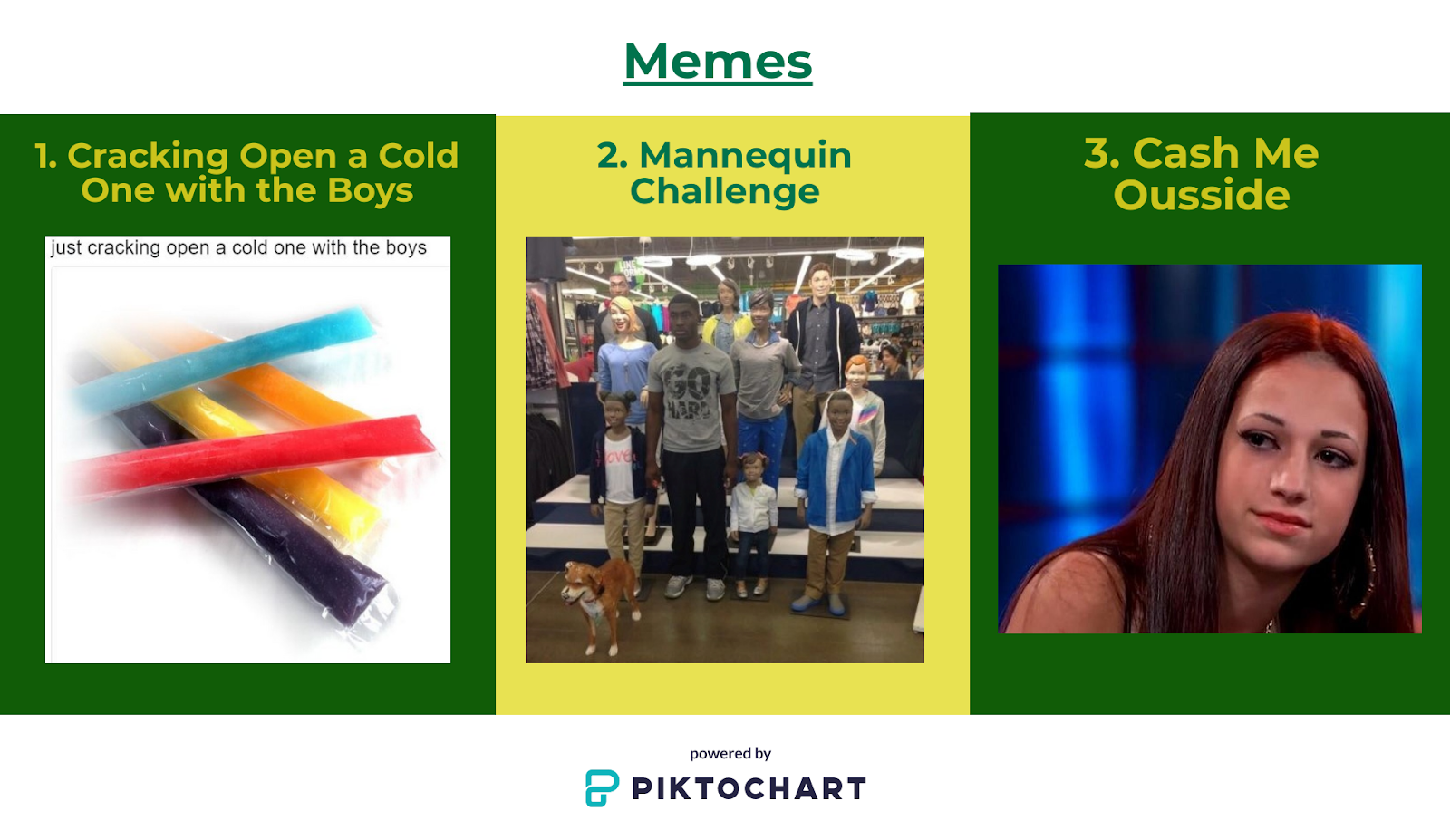 By: Mia Sarmiento (Layout Editor) Looking back at your freshman year of high school can be a little blurry for some seniors. We don’t expect you to remember everything you learned from your classes or who said what four years ago. It was four years ago!  But do you remember that one song everyone would freeze to? How about that time virtual monsters were hiding around the real world? I’ve put together some lists ranking the top songs, news stories, memes, and shows from 2016-2017. These ranks are based on our senior’s opinions on what was most important to them or what brings the most nostalgia from freshman year. Four years ago a lot happened. Can you believe it’s already time for another presidential election? Your freshman year was full of new beginnings not only for yourself, but for the whole country. Politically, environmentally, and culturally, our country went through plenty of change. Just as you were transitioning from middle school into high school, history was happening all around you. Where were you when these influential stories were taking place? Yet, some memories from freshman year are not all that great. At the time, things might have felt like they would never change. However things always do, and we all grow up. Just as you are not the same as you were four years ago, your interests have probably undergone a change as well. Songs get overplayed, jokes get old, clothes go out of style. So, what is something from freshman year that you no longer like? Nease senior, Abbi Donaldson, had a certain song in mind, commenting, “Black Beatles. I’ve heard it way too much to still like it.” It’s crazy that these shows are already four years old! While some of these songs aren’t as popular as they were before, our seniors agreed that these had to be the top three. Nease senior, Hannah Williams, has lost her fondness of a certain show stating, “I hate 13 Reasons Why! Season 2 ruined it.” Why don’t you take a look back at season one from any of these shows. You can see how much each of the characters have developed and grown just as you have since you were a freshman. Last but not least, the memes. When you started high school, things were scary. Thankfully, memes can bring people together. Have you ever made new friends by using a good ol’ meme as an icebreaker?  Memes are there to make you laugh. Taking a look back at freshman year, these three memes brought our seniors the most nostalgia. After taking a look back at your initial year of high school, it can be easy to recognize how much not only you have changed, but to the extent that the world around us has changed. A student, who preferred to stay anonymous, reflected upon the ranks and what it meant to them stating, “I think I’ve changed a lot so none of these really resonate with me anymore. They remind me of myself, my friends, and the world from that time period, but I think the mannequin challenge was never really that funny.”  You can recognize what has influenced your character today from your ideas to your interests by taking a trip down memory lane. Remembering who you were, whether it was four years ago or even just a year, is important. Every single version of you makes up who you are, just as every event in the past contributes into what the world is today. So as you start a new transition from high school into another lifestyle, reflect on what has brought you to where you are today.    Photo Credits: Mia Sarmiento

Fending Off the Freshman 15 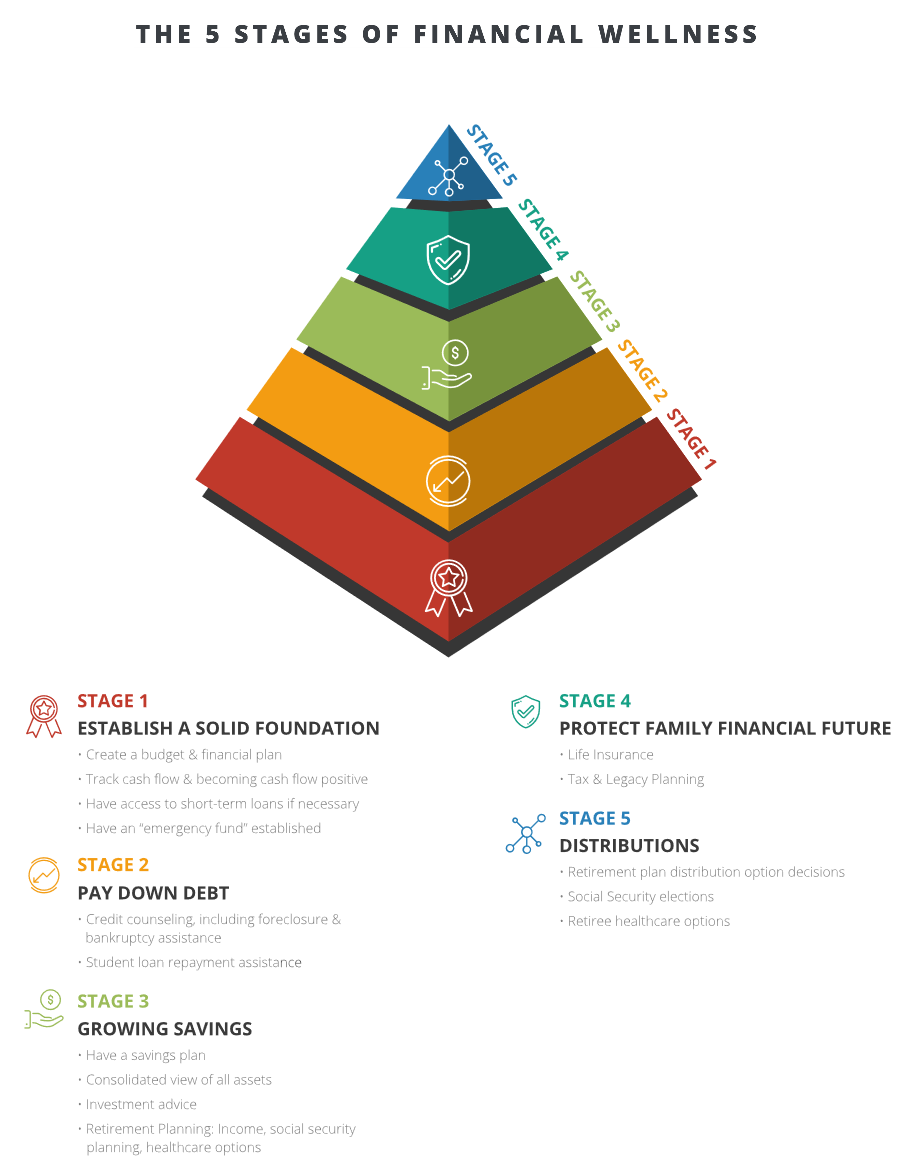 By: Maria Ribot (Editor-in-Chief of The Vertical) You did it! You are weeks away from walking across that stage and receiving the diploma that you’ve worked for 4 years to obtain. Soon you will go off into society as an individual accomplishing incredible things and making a difference in the world. But, wait a minute, have you ever wondered how you will spend your money as you become more financially responsible? As college debt is becoming more of a concern in today’s economy, it is not a bad idea to formulate a budget and plan ahead to provide for a life of high financial literacy and low debt by the time you graduate from college.  Commit to your budget! The structure and routine of budgeting is proven to assist incoming college freshmen in college since they appeal to the routine and consistency of high school. Bella Ibrahim, a member of the class of 2019, claims to have spent about “half of her savings” during the first semester in college. The truth is, having structure in college is imperative since it will keep things consistent and efficient. As her first semester went on, Bella “quickly learned the importance of being mindful about the amount of money [she] was designating to different areas,” which allowed her to formulate a budget to watch her spending but still be comfortable. Another member of the Class of 2019, Breanna Jarvis, claims that although she did not have a budget plan, she did look at her student loans and “planned out how much she needed to pay for rent and tuition.” She also not only looked at “on-campus jobs,” but eventually made a “monthly budget for how much [she] would spend on food and other needs.” So, in the spirit of conserving more cash in college, here are more tips from experienced college students directing the campus tours of Florida Public Universities such as UF, FSU, and UCF.  Don’t buy new textbooks. Choose housing wisely, get a roommate to split the cost. Explore campus amenities, if you are looking to stay active, the gym and rock climbing is almost always free of charge on campus.  ALWAYS have an emergency fund! Avoid eating out and cook instead, it is a lot cheaper and more nutritious. Make an excel spreadsheet to have a visual aid of your spending habits. As a rising sophomore majoring in Biological Sciences and Education with a minor in Chemistry, Bella Ibrahim advises incoming college freshmen to “come up with a tentative monthly budget.” She also advises to “not to spend too much money for entertainment,” instead, limit funds for entertainment and leisure and put left over money in a savings account, so when you have an emergency like a flat tire you will have the funds necessary to quickly rebound from it efficiently. Similarly, a transfer student in the BYU class of 2021, Breanna Jarvis, advises the Class of 2020 to try to be as financially independent as possible and to “avoid debt if you can.” It is also acceptable and necessary in some cases to seek financial help through student loans or advisors and parents. Seeking these resources will provide you with “peace and freedom that comes from being able to pay for everything on your own.”   To assist you in the structured nature of budgeting in college, I recommend downloading some of these apps that keep you accountable and financially safe.  Learn Vest: This app safely links your bank account and files your purchases in pre-named folders such as entertainment, rent, and gas. You can also set a budget for each of these folders so you can easily track your spending while being held accountable.  Mint: Also connecting to your bank account, this app updates your purchases automatically into pre-named folders in which you can set a specific budget. Mint also guards against credit card debt by making sure that you don’t charge what you can’t pay for in the future, which makes this app perfect for first-time credit card users.  TextbookMe: This app compares the prices of college textbooks from many online retailers, so you ensure that you will pay the lowest price for your textbooks! Also, a lot of universities are starting to match the prices of online retailers, so this resource could also be very useful for those who have textbook heavy majors.     Photo Credit: https://www.myshortlister.com/financial-wellness-buyers-guide